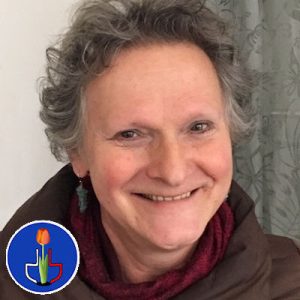 A modern “geniza” in Amsterdam makes discarded prayerbooks tell interesting stories of their own
Language: English

Session: In the past four years Channa Kistemaker saved a considerable amount of siddurim, machzorim and chumashim from being buried or – even worse – thrown away. As a sign of gratitude these books have started to tell her their stories and those of the people that once owned them. Together they form an interesting mirror of Jewish religious practice in the Netherlands of the generations before and just after the Shoah. Channa Kistemaker will explain her research methods and illustrate them with some interesting examples.

Bio: Graduated (1988) as a classica and later became proficient in Hebrew. She conducts historical research into religious Jewish book culture in the Netherlands from 1815 to the present. She is also involved in documenting the gravestones at the Jewish Cemetery Zeeburg, and she translates poetry from Hebrew.