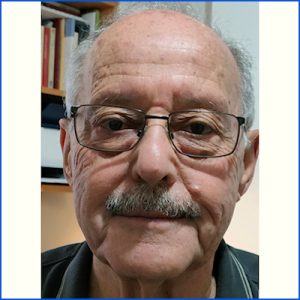 Session: David Ben Gurion was the most significant and influential leader of the Jewish people in modern times. Using a powerpoint presentation, his biography and documents, we will learn about his life story, his remarkable decisions and his beliefs.

Bio: Iri Kassel is a member of Kibbutz Hatzerim in the northern Negev and has lately ended his term as the Chair of its Board.
Iri has rich experience in two critical fields: management and education. His diverse professional experience includes ten years as a school principal, serving as National Director of the Israeli Scout Movement and as the Central Shaliach in the US for the Young Judea Movement. Iri held management and marketing positions in Netafim, a drip irrigation company. Iri served as the Executive Director of the Reform Movement in Israel and later on, headed the Ben Gurion Heritage Institute until his retirement in 2013. During his 56 years of membership in his kibbutz, Iri held various leadership positions.
He holds a BA in Education and Geography, and an MA in Management Communication.