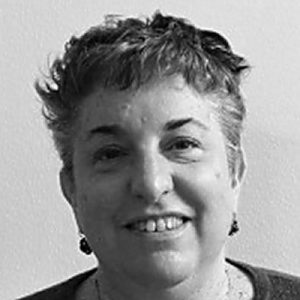 A Time to Laugh: Humour and Comedy in Traditional Jewish Texts
Language: English

Session: “Laughter” is mentioned over 50 times in the Torah. At least two books of the Tanach (Esther and Jonah) are filled with comedy. The Talmud is filled with humorous tales. And of course, Kohelet tells us there is a time to laugh as a well as time to weep. We will take a look at the sense of humour found in our traditional texts.

Bio: Rebecca Lillian moved from Malmö to Copenhagen during the current pandemic. Comedy, as always, has sustained her. In addition to being a very active Limmudnik, she is a rabbi at Shir Hatzafon in Copenhagen and ESM in Malmö. She is also involved with the project, A World of Neighbours. She is very grateful to Zoom.