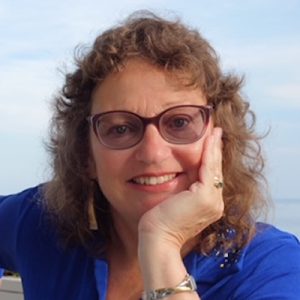 You Won’t Succeed on Broadway if You Don’t Have any Jews
Languages/Sprog/Språk: Appropriate

Bio: Cantor Dorothy Goldberg moved to Copenhagen from Portland, OR in 2020, and there was delighted to join Rabbis Rebecca Lillian and Sandra Kviat as Shir Hatzafon’s chazzan in March of 2021. Before moving to Europe, Dorothy Goldberg served both Reform and Conservative congregations in Connecticut, New Jersey, Washington, and San Juan, Puerto Rico. She received vocal training early at the Manhattan School of Music Preparatory Division and completed a postgraduate diploma (Dip. Mus) at the Guildhall School of Music and Drama in London. In midlife, she chose to pursue ordination as a Cantor and attended the Academy for Jewish Religion, earning ordination in 2005.