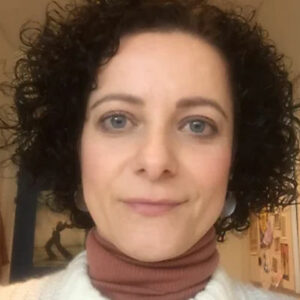 Beyond the Divide of Religious versus Cultural Jew
Language: English

Session: This talk starts from noting the negative impacts of the dualistic conception of the religious versus the cultural/secular Jew for the diasporic as well as Israeli Jewry. Drawing among others on the work of Talal Asad, Rabbi Jonathan Sacks and especially Daniel Boyarin it then critically examines the origin and applicability of the concepts of “religion” and “culture”, or lack thereof, to Jewishness. The last part of the talk is focused on alternative conceptions of Jewishness, including Amos Oz’s and Daniel Boyarin’s, that can productively move us beyond the divide.

Bio: Originally from Slovakia, I have lived in six other countries across three continents before coming to Denmark. Along the way I became trained in the United States as a migration and urban geographer, with passion for understanding issues of citizenship, belonging and difference, relations between migration and cities, governance of integration, as well as all things Jewish. In my recent work I have been examining diasporic mobility of Danish Jewry, remaking of cities through migration industries, and politics of religious difference and integration in Copenhagen. From March 2021 I will work with colleagues in Israel and Germany on a Volkswagen Foundation-funded project on urban citizenship of migrants during covid-crisis. I work as an Associate Professor at Roskilde University and live in Copenhagen with my family